New Zealand beckons as the M-Sport Ford World Rally Team takes on one of the most iconic rallies of the World Rally Championship.

It has been a decade since the rally last featured on the WRC calendar and its return was met with universal enthusiasm when announced. The rally is world-renowned for featuring some of the most breath-taking views to be found on a rally stage.

M-Sport will be taking WRC regulars Craig Breen and Gus Greensmith to New Zealand, the pair will experience the rally for the first time in their careers. Expectations are high for New Zealand as the team is encouraged by the stage-winning and rally leading pace of the Puma Hybrid Rally1 that was shown on Acropolis Rally Greece. Joining M-Sport in New Zealand will be Lorenzo Bertelli, who will be making his competitive debut in the Rally1 category using an M-Sport prepared Ford Puma Hybrid Rally1.

Ford itself has a long and storied history with Rally New Zealand dating back over 50 years to 1971, with the Blue Oval taking the top step nine times in that time – more than any other manufacturer. The most recent victory came in 2010 courtesy of Jari-Matti Latvala in a Ford Focus RS WRC ’09. The rally saw an iconic come-from-behind victory as Latvala took victory on the final stage of the rally by just 2.4 seconds over Sébastien Ogier with Sébastien Loeb third. In 2007 M-Sport Ford was also part of the then closest finish in WRC history, losing out on victory by just seven tenths of a second. It’s these tales of high-speed thrills, tense battles and jaw-dropping scenery that has generated so much enthusiasm and anticipation for the rally.

This year’s edition sees the rally kick off in the heart of Auckland with a high-paced Super Special Stage in front of seas of hungry rally fans desperate for their first glimpse of top-tier rally in action.

Day one proper kicks off early doors on Friday morning with no morning service and, like in Greece, it will be a particularly challenging day with just a tyre-fitting zone to break the day up. Over half of the competitive distance of the rally will be covered on Friday, a gigantic 158 out of 279 kilometres, underlining just how arduous the task ahead of crews will be that day. Saturday is a much more traditional day of rallying with a loop of three stages ran twice separated by a conventional forty-minute lunch time service. Sunday sees 30 kilometres of competitive action spread across four stages, culminating in the power stage at the iconic Jack’s Ridge.

Rich Millener, M-Sport Ford World Rally Team Principal, said:
“It’s great to finally return to New Zealand after a ten-year absence, all anybody can talk about right now is how much they are looking forward to this iconic event, the drivers are in for a real treat! Once again, the performance of the Puma was highlighted in Greece, but it’s hard to predict what our true pace will be like in New Zealand given the unique nature of the rally. I am confident that we will be able to challenge for the podium though, as so far we have demonstrated competitive pace on both fast and rough gravel.”

Craig Breen, said:
“Really excited to get to New Zealand, it’s a rally that I’ve read lots about, watched lots of videos and heard all of the stories, but never witnessed it myself. It’ll be my first time in New Zealand and doing the rally it seems like it’s going to be a really nice adventure with beautiful roads. I feel really lucky to be able to go there and experience it all. It should suit us, we’ll have a good road position starting the rally on Friday so we will try and make the most of it. Greece was good in some respects, our pace was nice, I’d like to try and make some progress towards the podium positions after a difficult couple of rallies.”

Gus Greensmith, said:
“Really looking forward to New Zealand, it’s the one rally I’ve always wanted to compete in since starting my career so I feel like I finally get to tick that one off the bucket list. Incredibly excited, arriving early to adjust to the jet lag and we will see what we can do on the rally.” 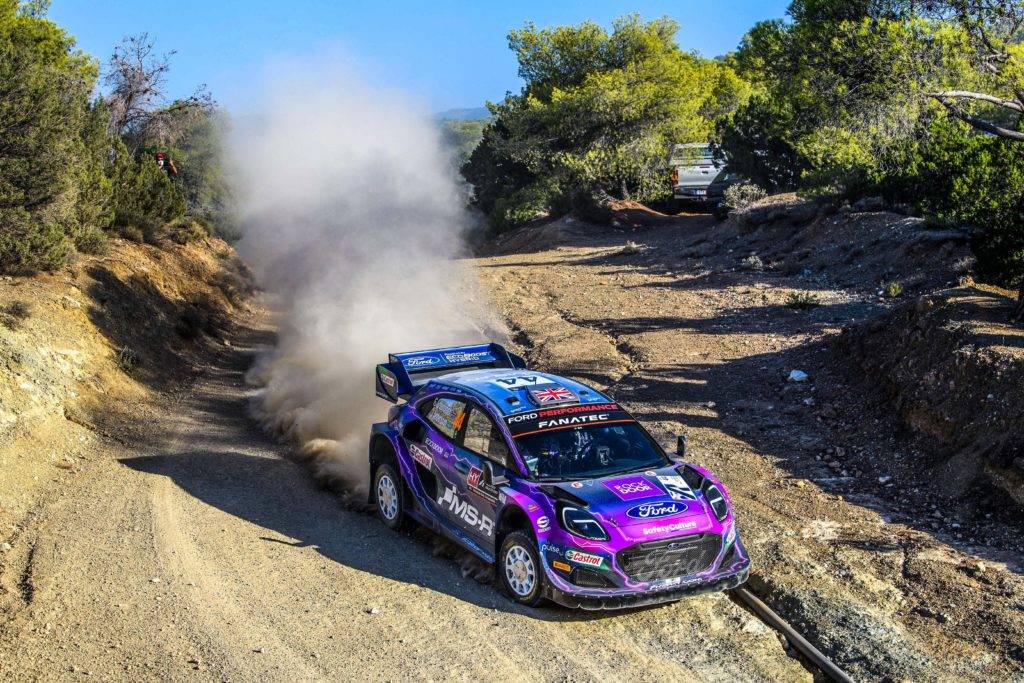