The TOYOTA GAZOO Racing World Rally Team heads to the Rally de España for the penultimate round of the 2022 season on October 21-23 with the goal of securing the manufacturers’ championship to add to the drivers’ and co-drivers’ titles won by Kalle Rovanperä and Jonne Halttunen earlier this month in New Zealand.

The team has a lead of 81 points in the manufacturers’ standings with a maximum of 52 available from each of the final two rounds. It means a score of 23 points in Spain – equivalent to having one car finishing on the podium and another inside the top six – would be enough to clinch the title ahead of the season-closing round in Japan.

Rovanperä will be joined in the team’s line-up in Spain as usual by Elfyn Evans, who finished second on the asphalt event one year ago, as well as Sébastien Ogier, a three-time previous winner of the rally. Takamoto Katsuta makes his fifth Spanish start – his third at rallying’s top level – in his TGR WRT Next Generation entry.

The Rally de España is based in Salou on the Costa Daurada around an hour south of Barcelona. After 10 editions as a mixed-surface event, the rally last year returned to being run solely on the smooth and flowing asphalt roads of the Catalunya region for which the event is best-known.

Much of the itinerary is similar to last year, but the rally begins with two new stages directly to the north of Salou. Two more familiar stages conclude a loop of four tests to be repeated in the afternoon after service. Saturday is almost identical to previous years, with a trio of tests to the north-east to be run twice followed by a stage on the Salou seafront to round out the day. The Pratdip and Riudecanyes stages are run twice to form the final day and the second pass of the latter test – known for its crowd-pleasing roundabouts – will host the rally-ending Power Stage.

Quotes:
Jari-Matti Latvala (Team Principal)
“After the incredible achievement in New Zealand by Kalle and Jonne to win the drivers’ and co-drivers’ titles, there is now one target remaining for us which is to win the manufacturers’ championship. We are not far away from it and the most important thing in Spain will be to bring two cars to the finish and score the points we need. This is the main objective but of course we also hope to have the speed to fight for the rally victory. The GR YARIS Rally1 HYBRID has been competitive on all the asphalt rallies so far this season and we are confident that can be the case in Spain as well. This is the rally where the roads are closest to a racetrack in character: It’s one the drivers can really enjoy and just focus on their lines and on braking as late as possible, and I think all our drivers will be motivated to get a great result.”

Sébastien Ogier (Driver car 1)
“New Zealand was a very nice comeback for me after a few months away, and it was a really special weekend to be a part of. Our one-two finish also took us a good step closer to the manufacturers’ championship and this is now the next target for Spain. For me it will be good to have two events on asphalt to finish the season, and it gives me the opportunity to get back in the rhythm on this surface and be as ready as possible for Japan, which will obviously be a special event for the whole team. But before that we also have a job to do in Spain to try and get the best result possible there. The roads are always great to drive and I’m sure it will be a strong fight for the victory.”

Elfyn Evans (Driver car 33)
“Spain is a really enjoyable rally now that it’s fully on asphalt again since last year. The stages will be by-far the raciest asphalt roads we’ve encountered with this car. We were strong on the last asphalt event in Belgium but Spain could hardly be more different in character. Arguably Monte Carlo is actually the most similar, but the temperatures and conditions will obviously be completely different in Spain. It’s a rally where the margins tend to be quite tight so we can expect it to be a hard-fought weekend. The manufacturers’ championship is an important target for the team and the easiest way to achieve it will be with good results. Hopefully we will manage to score a top one for the team.”

Kalle Rovanperä (Driver car 69)
“It has been nice to have a few days to appreciate what we achieved in New Zealand but we still have two rallies to go where we want to perform as strongly as possible, so the work doesn’t stop. Already last week when we got back to Europe we were almost straight back in the car for our pre-event test in Spain. The big goal now is to win the manufacturers’ championship and it would be great if we could secure it already in Spain. It’s a really nice rally with fast and flowing roads, and the stages are the closest thing we have to a racing circuit. That means we need to be quite precise with the driving, but it’s really enjoyable when you get it right.” 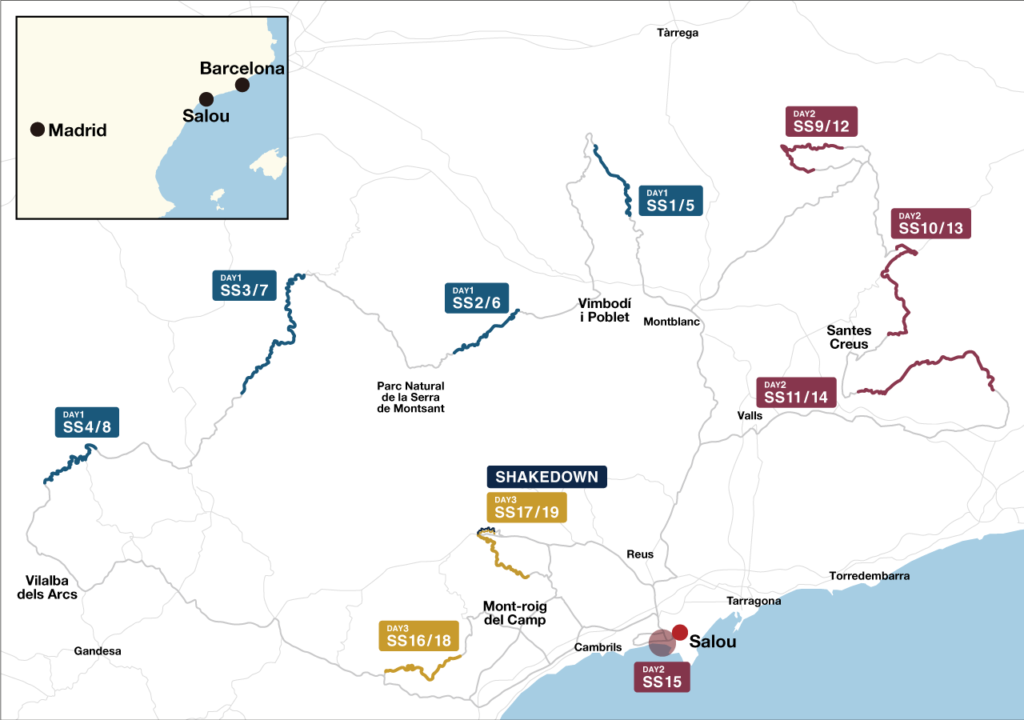 matezsoltee -
Having secured a strong start at last month’s season opener, M-Sport Ford World Rally Team are keen to make an impression as they chase...